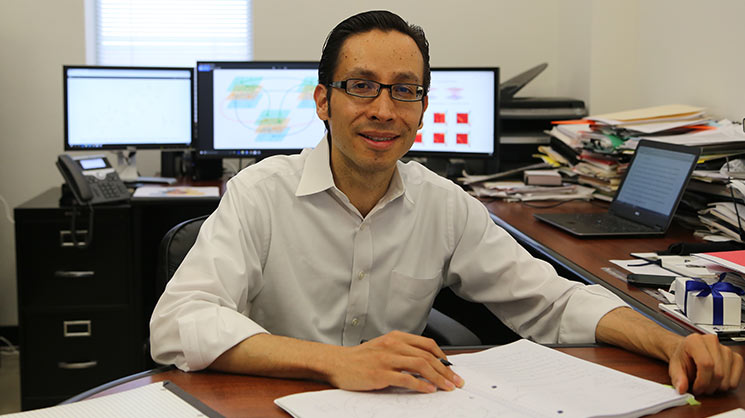 “I approach quantum computing from an engineering perspective.”

In recent years, Leonardo Dueñas-Osorio, associate professor of civil and environmental engineering at Rice University, has teamed up with statisticians, physicists and computer scientists to address traditional and emerging engineering challenges with a novel tool: quantum computing.

Among those challenges are power-grid failure, urban water security and the likelihood of infrastructure damage caused by high winds and flooding during extreme weather events. Much of Dueñas-Osorio’s research has focused on developing methods to measure and predict the effects infrastructure systems have on each other during normal operation and such extreme events as earthquakes and hurricanes.

“Quantum computing makes it possible to find relevant solutions among vast amounts of options. We are already able to trump the best results we have had in the past for some particular problems,” he said.

With the aid of an IDEA (InterDisciplinary Excellence Award) grant from Rice, which provided seed funding, Dueñas-Osorio and his colleagues are developing quantum algorithms for assessing network reliability, and testing them on quantum computers accessed via the cloud.

What is quantum computing? Think of it as a way to processes information by exploiting the counterintuitive laws of quantum mechanics. A conventional computer uses strings of bits encoding zeroes and ones. A quantum computer uses “qubits,” a basic unit that encodes zeroes and ones into multiple quantum states, which include all classical states plus their combinations. Qubits behave in a quantum manner radically different from daily reality, so researchers must exploit such phenomena as “superposition,” “interference” and “entanglement.” 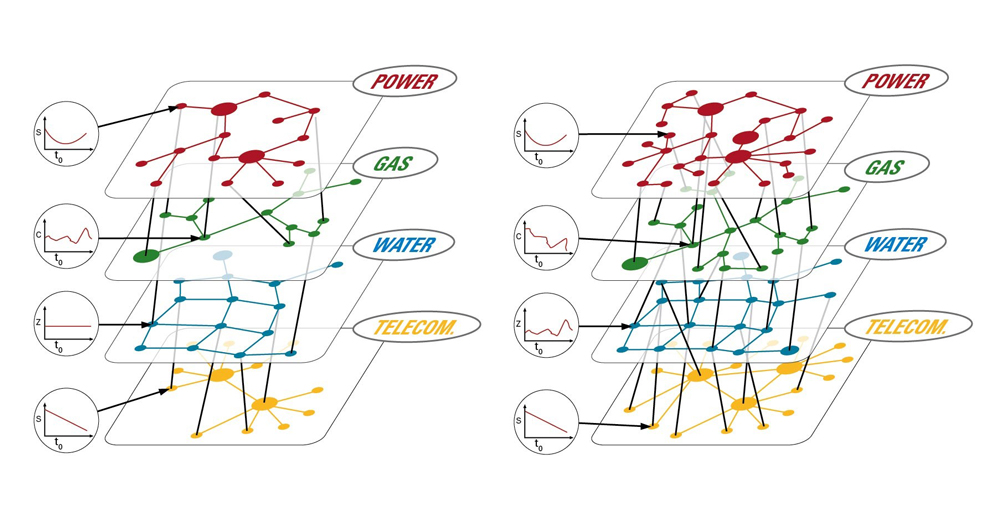 Superposition is the ability of a quantum system to process information as if it were in multiple states. Measurements of quantum states can be “here” and “not here” at the same time in terms of information, though we cannot know what’s happening physically before measurement. Entanglement is the strong correlation between quantum particles, even those separated by great distances.

Given these logic-defying qualities, a quantum computer can perform a vast number of calculations simultaneously. Tasks once thought impossible – factoring very large numbers, for instance -- can be performed efficiently by a quantum computer. One cannot directly access all of this information. We can only query or “measure” quantum states and infer results from a multitude of measurements.

“What happens when stress is applied to power, telecommunication, water and gas networks? Thanks to quantum computing, preliminary findings suggest that rare-events, such as cascading failures across civil infrastructure systems could be quantified and eventually inform prevention,” Dueñas-Osorio said.

Quantum algorithms have already been developed for use in other technology and science applications. NASA employs them in motion-planning for robots and auto manufacturers adapt them for use in smart cars. At the same time, major hardware developers and technology companies such as Google, D‐Wave, IBM and Intel have announced plans to scale up their quantum computers.

“Adequate hardware is the first requirement. Rice at present does not have a quantum computer. Next, much of our work will be developing quantum algorithms which must be custom-made,” Dueñas-Osorio said.

The IDEA proposal was titled “Quantum Computing for Engineering Reliability: Theory and Experiments.” With the results the seed money makes possible, the researchers plan to apply for more substantial funding from, among other sources, the National Science Foundation, the U.S. Department of Defense and various private companies.

“Our goal is to calculate all the things that could go wrong in a large, complex system. If there are 100 things, what would happens if two or three or 50 fail, but you do not know which ones? If we cannot predict such things with precision, we at least want to be confident about the bounds,” Dueñas-Osorio said.